Teenage Daughters are tougher to handle than Sons

Being a woman is not easy.  With the cocktail of hormones during the growing up year that are bottled in that body just for the propagation of mankind, to the actual use of those hormones and then dealing with the next generation of the same gender as progeny.

In my life, I have seen that from teenage to the time before marriage (and kids), a daughter is the most fiercest critic and detractor of her Mother.  A son probably doesn’t argue against his Mother as much as the daughter does.  Teenage daughters specifically find the advise from the Mother all useless.

It is not until they themselves get married and they have their own kids, do the women realize that their Mothers had done a thing or two right.

My observation was basically a very small and limited empirical one.  But now a study has found out that indeed daughters are more difficult to manage and handle as teenagers than boys.  In a study done on 3000 mothers and fathers, an overwhelming 66% of the parents admitted that girls are harder to raise than boys.  75% of them said that daughters argue more than the sons.

What may be the reasons?

“Issues like weight, spots and quarrels with friends will have caused concern for teenagers 30 years ago so it doesn”t come as a surprise that they are still a big worry for teenagers today.  Some things are inevitable for teens, as i”s a time of great change for their bodies. Gaining weight, being moody or getting spots are all things parents will have to tackle,” Soanes added.

Well, this study is not a conclusive one in any way, but it does give an indication.

Not only do the girls have to handle an unfair share of hormonal changes but also have to handle more chores and work while competing with the boys.  Their performance in academics and other fields is evaluated exclusive of the odds against them, as it was an equal competition.  Which it never was.

The bewildering odds and the tough world may be one reason why girls may agitate or rebel more.

All those ladies out there – do you think this study has anything going for it? 🙂

The Silent Cry of an Abused Child 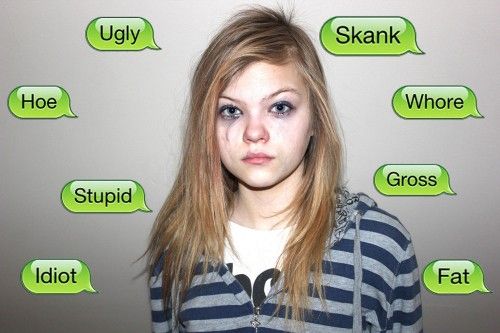 Cyberbullying And Sexual Shaming: Teenage bullying at its worst!