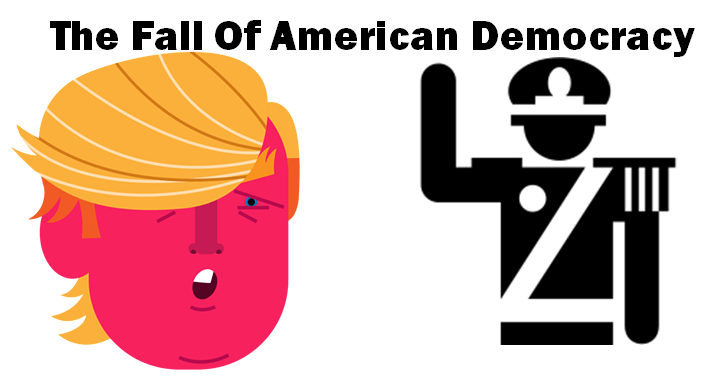 The Fall of American Democracy

In the recent US Presidential town-hall debate between Donald Trump and Hillary Clinton, the former very clearly and openly threatened his opponent with a special inquiry and prosecution to jail her.  If some non-American would have gotten confused whether s/he was watching a tinpot despot from a Banana Republic