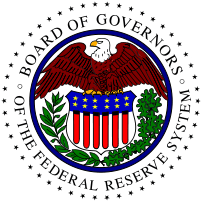 In between a lot of work, I had the CNN on.  And Wolf Blitzer was discussing the current financial crisis.  It seems that the Federal Reserve is coming up with a plan to save the US financial system!

Chris Dodd came and he said – that last night the treasury secretary and the Fed chairman Ben Bernanke laid out the situation and the options on the table and described the effects of the crisis.  He says, that in almost 3 decades of his career, never has he seen a reaction that followed the briefing.  The entire room had pin drop silence – no one had any idea as to what to say!

He did not discuss the specifics but said the Future of the United States and its financial system is at stake!  It will definitely have global implications.. obviously!  Here was one reaction:

Sen. Jim DeMint, R-South Carolina. “The federal government caused this problem by using taxpayer dollars to implicitly guarantee millions of mortgages. … This socialization of risk removed market accountability and has now set off a chain of events that is threatening the entire economy.”

But the stakes are so high that everyone – irrespective of the party – was willing to work together.  The entire package is $1 trillion – that is 1 with 12 zeroes!   What does it mean for ordinary person – it is like every man, child, and woman alive in the United States is paying roughly $3200-odd for this!  That includes those poor folks who are somehow surviving on the streets!

I know.. I know it seems a bit better since some folks have received tax credit checks of $600.. so its not that bad!  Whatever works in these days!

But the question is obviously – is even this package enough??

Some are already saying maybe not!  Many banks – will in ANY case go bankrupt!  No wonder FDIC is preparing.  Maybe to keep you job, this maybe a good time to JOIN FDIC as an employee!

Today two different reactions happened: One from Obama and second, from McCain.

Just a side note: All the tax cuts that McCain is promising with a straight face and people are cheering somehow (seeming like Romans when Rome was about to go down)… will remain just that! Forget about tax cuts.. we will be plain LUCKY to even have a job to get a salary!

Obama came with a team of experienced people from Clinton campaign and had phone discussions with Warren Buffet etc.. and laid out the situation.. and said, that before he unveils what should be done, he will wait for the Fed to come out with its plan!

McCain on the other hand.. prepared a quick plan and thrust it open by the morning!  And by the afternoon, he was claiming how he was “decisive” and Obama was NOT!

Now, this what seems thoroughly disconcerting to me – this is a situation which is FAR…. really FAR MORE complicated than one which can be solved by a plan made in a haste to win points!  This thing is SERIOUS!!  It could conceivably threaten the VERY existence of ENTIRE US financial market and institutions like NOTHING ever before!

…. and here comes this JOKER (whose economic skills are anyways way beyond many!) throwing out plans to demostrate “decisiveness” and hailing that as a great American trait??!!  Maybe its because I never grew in this country.. but there is a time for WISDOM…. and there is a TIME for a “QUICKIE”.  This is, in my opinion, a time for WISDOM!

401Ks, bank accounts, money market funds, pensions, social benefits – EVERYTHING – that constitutes “wealth” and spells “prosperity” in the US – will wipe out before our eyes!  Shortly in future you could see ELDERLY begging in the streets – without money and NO health care… and Government NOT able to help them either!  THAT is what is at stake here!