Donald Trump and his New ‘Dirty Sex’ Scandal Thanks to Russian Kompromat!

Republicans opponents initially started off an “oppositonal research” on Donald Trump by hiring an MI6 agent who had been in Russia in the 1990s and had strong connections there even now.  After the GOP primaries, the funding of the effort was then taken up by Democrats.  What that led to will be known in history as the work that brought down Donald Trump’s Presidency before it started and put Russia and the US on a collision course.  Indeed, the seeds of the future global war/s are taing shape now.

Yes, one understands the views of many who have little sympathy for the US when people here lament how their democracy has been compromised.  Heck, US has made compromising others’ democracy into an art form.  We have played with the world’s nations and people all the time.  So it should come as no surprise that this hacking story does not win US any brownie points in the world.  Indeed, the people in most countries are in the “see how it feels?” mode.

From the American standpoint however, our country is being compromised.  And it is being compromised not by someone who espouses any great values but by a tyrant – by all accounts – who brooks no opposition.  Vladimir Putin does not have the good of US in his heart.  On the other hand, he is trying to take revenge for what US did to Boris Yeltsin and made the Russian leader look like a juvenile moron in front of the world.

But nothing could top that fall night in 1994. While staying at Blair House—the guest residence for visiting foreign dignitaries across Pennsylvania Avenue from the White House—Yeltsin slipped past his security, stumbled down the stairs and stepped onto the street. “Pizza! Pizza!” he blurted at the Secret Service agents who intercepted him. (There are two versions of the story: In one that Clinton himself told to a biographer, Yeltsin is on the street; in another, he’s stopped before he makes it out the door.)

The next day, Clinton and Yeltsin had a long and friendly meeting. Their fates were connected: Clinton wanted a friendly and stable Russia as a foreign policy success story. Yeltsin needed American money to avoid a total economic collapse. When Clinton raised plans to expand the NATO alliance into eastern Europe, Yeltsin didn’t object. The men even agreed that Russia itself might one day join NATO—a concept that seems downright ludicrous today, as Putin threatens the alliance with nuclear exercises. At a press conference afterwards, the two men clowned around. Yeltsin was in an antic state that one White House aide dubbed “high jabberwocky,” while Clinton himself doubled over with laughter at his Russian friend’s playfulness.

By many accounts, that decided the fate of 2016 elections.   Apart, of course, from the revenge of Trump because of how Obama roasted Donald Trump in 2011 White House Correspondents’ DInner.  It was the coming together of two vengeances.

As the MI6 agents started digging, he found information and material that was explosive.  Trump had been caught in some embarrassing ways by the Russian intelligence operatives and the evidence was with them.   Russian intelligence has a word for this kind of “material” – компрометирующий материал – or Compromising Material.  Using such material, the Russian state uses people in power to their advantage.  In short, this is known as Kompromat.  Kompromat – can be acquired via the secret agencies or simply forged and then promoted by paying off the right journalist!

This is what they used to blackmail him per the report.

“Russian intelligence officers planned to blackmail Donald Trump with knowledge of his alleged “perverted sexual acts,” a new report obtained by Buzzfeed alleges. The unverified report by a person claiming to be a former British intelligence official alleges that Russian officials intended to blackmail Trump with evidence of him allegedly hiring multiple sex workers to perform “golden showers” in front of him. The hotel where the acts allegedly occurred were said to be under Russian surveillance.”

Buzzfeed had originally broken this story along with the part scan of the report by the MI6 operative.  The MI6 operative had shown the information to British MI6 officials who shared it with the Rome station chief of CIA.  And then the British ambassador brought this information to US to share with the intelligence agencies and also with John McCain.  It was McCain who took it upon himself to take this further.  In fact this has been circulating in the circles for months now.

The documents have circulated for months and acquired a kind of legendary status among journalists, lawmakers, and intelligence officials who have seen them. Mother Jones writer David Corn referred to the documents in a late October column. BuzzFeed News reporters in the US and Europe have been investigating various alleged facts in the dossier but have not stood them up or knocked them down.

Also former Senate Minority Leader Harry Reid had called out the FBI Director Comey to come out with this information.  He didn’t.

“In my communications with you and other top officials in the national security community, it has become clear that you possess explosive information about close ties and coordination between Donald Trump, his top advisors, and the Russian government,” Mr Reid wrote. “The public has a right to know this information.”

Interestingly and intriguingly, the Intelligence Chiefs (Director of National Intelligence James Clapper, FBI Director James Comey, CIA Director John Brennan, and NSA Director Admiral Mike Rogers) had presented a 2 page synopsis of this report to Donald Trump himself during his meeting with them last week!!

The document suggests that Trump was bribed and blackmailed and was being cultivated for 5 years now (probably post Obama’s roast of Trump).

The unverified scanned memo alleges that Russia had “cultivated” Mr Trump to be a presidential candidate over the past five years; that he was allegedly bribed with various lucrative real estate deals in Russia, although he had turned them down; and claims that compromise him personally.

Here is the final rub in all this.  During the entire campaign, Trump’s senior campaign officials were in touch with the Russian intelligence operatives getting inputs on how to run the campaign.

The two-page synopsis also included allegations that there was a continuing exchange of information during the campaign between Trump surrogates and intermediaries for the Russian government, according to two national security officials.

This is indeed explosive stuff.

In fact, the intelligence chiefs have deemed it important enough to go for further investigation.  What that MI6 operative did was critical enough for US intelligence to follow up and corroborate the story.  That in itself gives enough credibility to the story.  And to those who question the credibility of Buzzfeed should remember that John Edward’s political life was ended by the sex scandal in National Enquirer as well.  So it’s not the source, but the information itself that is important!

We are probably looking at the first Impeachment of a President-elect even before he takes office.

Why is this a big deal and not just another tabloid story?

After years of spook work, specially during the Cold War, MI6 and the CIA know very well what to expect of the Russian intelligence and their methods.  Given the source – an ex-MI6 officer who had spent time “in the trenches” of the Russian connections – and the material provided the material was taken seriously by the following:

Despite the “alleged” status – which any such spook / spy report will be – this report has been shared with Trump himself to ensure he knows what he is up against.  Now, we have to remember that Trump is also the guy who will not admit to hard facts presented even by his own intelligence agencies to the overall hacking process that Russia indulged in.  Those are hard proven facts with information on the IP address and the whole audit trail.  This material and its current state is not fully vetted but serious enough to suggest that the next President of USA may already have been compromised before he takes office by foes of the country who have just one goal – to undermine American power.

Whatever be the view of those outside of the US about the legitimacy and the morality of American power.  The fact remains that for Americans, it is dismantling of their nation.

With Trump as a President compromised by Russians enough to side with them while trashing his own intelligence agencies is as good as handing over the highest of state secrets to the opponents.  To believe that the Russian operatives, who were actively interacting with the Trump campaign staff and office-holders providing inputs to the election strategy and opponent handling, will not be in touch or carrying surveillance of Trump and his information / secret briefings post entry in the White House is naive and juvenile.  That has already been factored in by all the agencies by now.

Interestingly, Russians have used the American democracy against the nation itself.  Once rabidly passionate constituency has been created and a group (paid for by Russians) – Breitbart-backed Alt-Right – in  charge of the information dissemination and media building for that group of Trump supporters, it is going to be a fight between people’s voice and nation’s survival.  There is nothing more devastating in any nation’s security situation than for the nation’s security apparatus to fight passionate nationalists who have been brainwashed and compromised by the foe.  The stronger their indictment, the stronger is their claim to righteousness.

Compromising of American future by the Russian intervention is the most comprehensive subversion of the US nation state ever.  If Trump is not stopped, it will mean letting the FSB into the deepest of US secrets and if he is stopped, it will lead to unleashing the terror of millions of passionate and nurtured masses via misinformation.  These nationalists who are fighting hard to compromise the very nation they love the most.  US, I believe, is at a strange and very dangerous cross-roads. 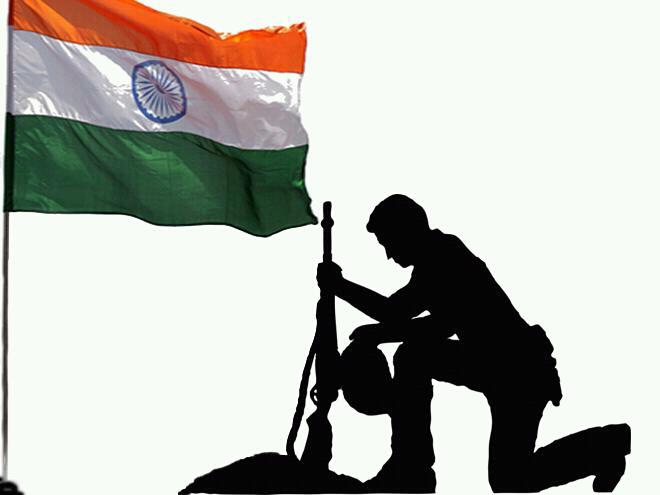 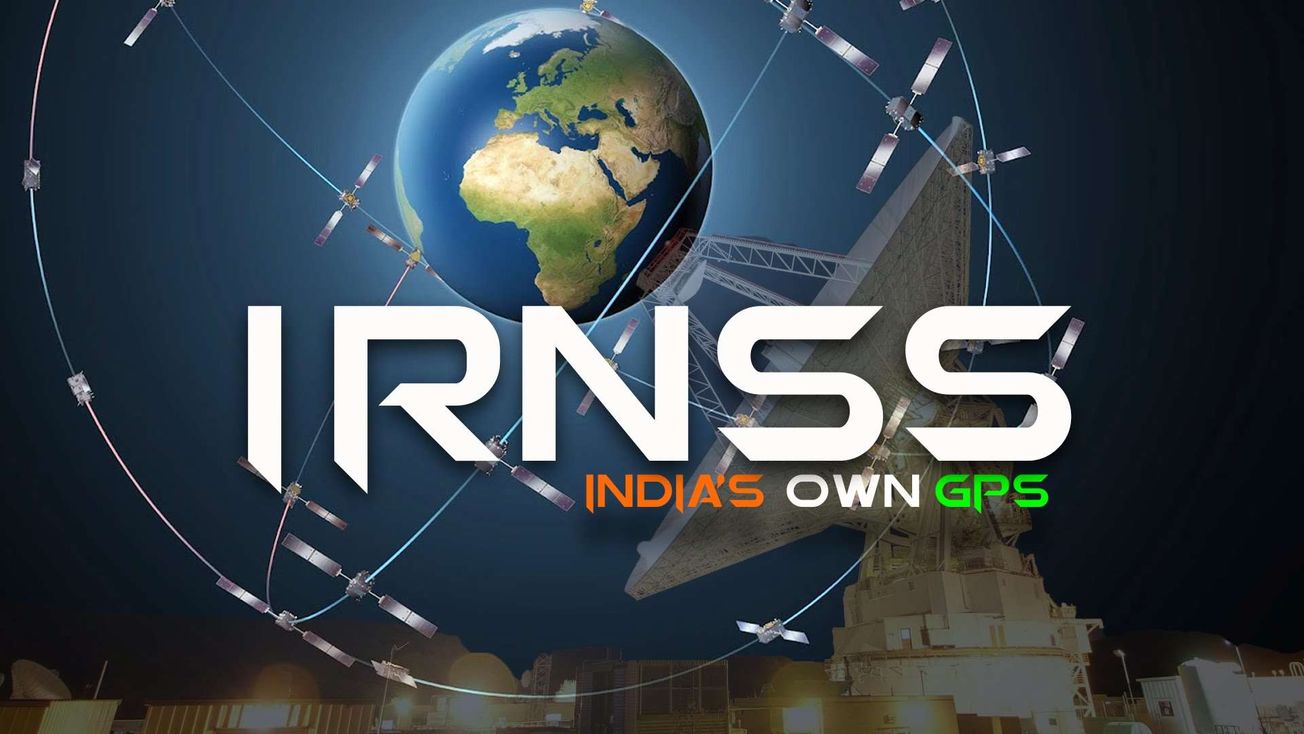