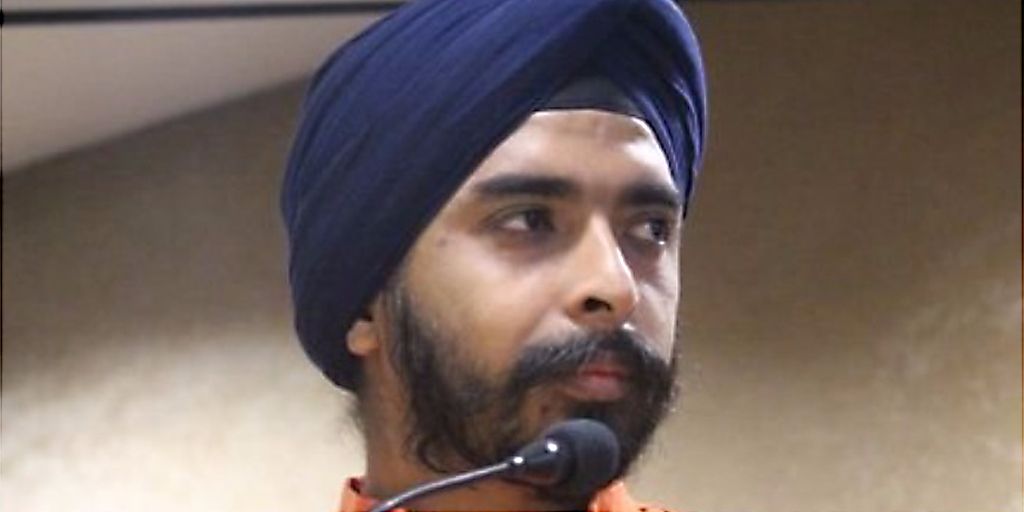 Pakistanis have been trying to whip up protests everywhere against India.  And it was there to see in France as well. @TajinderBagga exposed Pakistanis in their attempt to pay for protests against India on Kashmir. For Pakis, Kashmir is only about money after all - from Generals to protesters [https:

Was reading this very interesting Report from First Global on India’s economic crisis.  The author, Le Grand Fromage, talks about how once a rags-to-riches occurs, the person who makes that journey cannot adjust back to the “rags” situation – something that happened to the young Azhar (young Jamaal in “Slumdog

Cost of non-cooperation in South Asian Association for Regional Cooperation

SAARC is the body with the full form – South Asian Association for Regional Cooperation. But the body is anything but about cooperation. Cooperation cannot be brought about by formal bodies but bringing together hearts. Some wonder why the nations are not cooperating. Its a good question, but does the hurt

This is a rather intriguing news byte that I came across.  The incidence in the consumption of liquor amongst Muslim men, women and children in Pakistan is very high – higher than the other communities.  Specifically interesting is that more and more youth and women are consuming increasing quantities of alcohol!

This is a rather intriguing news byte that I came across.  The incidence in the consumption of liquor amongst Muslim men, women and children in Pakistan is very high – higher than the other communities.  Specifically interesting is that more and more youth and women are consuming increasing quantities of alcohol!

Just found this article on TOI site by Swami Aiyar.  It explains the genesis, life and end of Khalistan mess very well and paints parallels with the situation in Pakistan.  I agree with him completely!  Whenever anyone has raised monsters, you ultimately get eaten up by it.  Indira Gandhi, Rajiv

Just found this article on TOI site by Swami Aiyar.  It explains the genesis, life and end of Khalistan mess very well and paints parallels with the situation in Pakistan.  I agree with him completely!  Whenever anyone has raised monsters, you ultimately get eaten up by it.  Indira Gandhi, Rajiv

Pak wants to "retaliate" – against whom and why?

It seems Pakistan has given a “general warning” – that it possesses retaliatory capacity to defend its strategic assets. The big unanswered question: Retaliate against whom and with what? Its the same pattern all over again! Story Link [http://timesofindia.indiatimes.com/Paks_retaliation_threat_to_US_sucks_in_India/rssarticleshow/

Pak wants to "retaliate" – against whom and why?

It seems Pakistan has given a “general warning” – that it possesses retaliatory capacity to defend its strategic assets. The big unanswered question: Retaliate against whom and with what? Its the same pattern all over again! Story Link [http://timesofindia.indiatimes.com/Paks_retaliation_threat_to_US_sucks_in_India/rssarticleshow/

Bhutto's Security was in hands of Osama and Taliban's Handling officer!

How tough it is in Pakistan is not for ordinary observer to understand and appreciate. The incident at Benazir Bhutto’s return where almost 140 people got killed is a reminder of the mess that is in Pakistan. Here is the scenario: Omar Sheikh was used by the then ISI

Was this an attempt on Musharraf's life?

Presenting…. a Pakistani Army officer as a suicide bomber!

Pakistan’s situation worries me.  I am amazed it worries not many people around the globe. Until now, they exported terrorism unabashedly.  Then terrorism started hurting them itself!  But until now, however much fundamentalist the Pakistani Army was they would use the poor and brain-washed as cannon-fodder.  Now an incident

There is another Mohammad "cartoon" scandal and issue.  This time the cartoon appeared in a newspaper in Bangladesh – Daily Prothom Alo [http://www.prothom-alo.com/].  Thanks to Rezwan [http://rezwanul.blogspot.com/2007/09/bangladesh-yet-another-muhammad-cartoon.html] for the blog post on this one. The cartoon says the following: > * Boy, what

In an interesting development, India has opened up the Siachen Glacier to trekking for enthusiasts who would like to experience the dizzy heights and the cold of that place.  Now, that this place has ceasefire enforced…. Pakistani army will be further pressurized to not do anything when tourists – specially the

Again.. this time the Islamic radicals are not only content with saying girl education is unIslamic…. they are actually moving on to BOMB the schools as well in Pakistan!!  That should help their man-hood a bit.. wouldn’t it? > In what appears to be an escalating spree over the last

The Political Nightmare in Pakistan!

Pakistan is in a turmoil.  Whether you know it or not.. realize it or not.  It is.  The options aren’t great at all.  Currently Musharraf has succeeded in alienating the same folks who raved about him through thorough mismanagament.  Now, slowly but steadily (and to the discomfort of the

Some letters in the Pakistani daily Dawn are sometimes very interesting.  Here is another one.. where this guys juxtaposes the melodies born out of the melting pot of Bengal, UP and Punjab.. against the "two nation theory" and partition.  How partition took away – ruthlessly – the soul and the many wonders

AQ Khan is the next Pakistan "President" – "defeats" Musharraf!

This is the scenario [http://content.msn.co.in/News/International/InternationalIANS_200807_0915.htm] that most in India are worried about! > Abdul Qader Khan, the detained scientist who pioneered Pakistan’s nuclear weapons programme, was "elected" the country’s president, defeating the incumbent, Pervez Musharraf, in a mock poll

Pakistan is the King of Fake Currency!

Remember the racket in fake currency run in India sponsored by the "friendly neighborhood" ISI (Pak Intelligence agency)?? (Headlinesindia [http://www.headlinesindia.com/national/index.jsp?news_code=48631] . Yahoo [http://in.news.yahoo.com/070729/48/6irxs.html]) Well.. you know all that is correct and you are truly

Iran is Afghanistan's friend and US' enemy in an Upside down War!

Iran is a friend of Afghanistan against Taliban/Al Qaeda and an enemy of US in a war against Al Qaeda. Go figure! These two lines [http://www.npr.org/templates/story/story.php?storyId=12555916] explain why US is in such a mess and why this mess would not

Pakistan Army or Group of Mercenaries?

I never had any doubt that the Pakistani Army was highly unprofessional.  But this assertion [http://timesofindia.indiatimes.com/US_renting_Pak_army_for__100_million/articleshow/2202810.cms] from a top US diplomat in South Asia regarding the payments being made to the Pak Army and “RENTING” it for

Like I discussed [http://www.patheos.com/blogs/drishtikone/?q=rebellion_in_pakistan] on my blog this week that things in Pakistan are not looking too great as the Lal Masjid students had fought with the Pakistani Army right there in the capital itself. Now the things are getting worse.

This is a watershed event in Pakistan.  A lot has happened in that country… but this is the first time that its capital has seen such indigenous fighting at such a scale!  Here is the report from Pakistan’s leading national daily – Dawn.  I think the picture on the right

You would hope that a nation’s national daily would have some intelligent stuff on the editorial page – like the "Letters to Editor" section.  I was amused and surprised when I saw this letter [http://www.nation.com.pk/daily/jun-2007/27/letters3.php] in "The Nation", one of Pakistan’

In this very interesting analysis [http://www.rediff.com/news/2007/jun/14guest.htm], Col. Athale now talks about the scenarios that can unfold pretty soon given the tense situation in Pakistan.  With Musharraf in jeopardy, Osama still at large, and religionists still pushing… chips could fall in any direction!

Woolmer Death: Was he murdered or not!

Pakistani "Peacekeepers" were selling Arms for Gold in Congo!!

I have said repeatedly on Intentblog [http://www.intentblog.com/archives/2007/01/_the_best_thing.html#comment-135245] that those who think that the threat in Afghanistan is gone are in fool’s paradise!  First, I believe that the Al Qaeda and Taliban are preparing to come back and second

There is something terribly wrong with the basic structure of Islam as it relates to the women. This fight over the bill in Pakistan [http://dawn.com/2006/11/23/top1.htm] to alter the mischief of Hadood Ordinance is one such example. Here is the description of Hudood Ordinance

Terrorist Training Camps in Pakistan: How it all works!

Here is how it all happens [http://www.hindustantimes.com/news/181_1751410,000900010002.htm?headline=Lashkar-e-Taiba's~Arabian~nights] – the Terrorist Training Crash Course! What I cannot fathom is when Indian Intelligence has even the names of the teachers and Professors, then why cannot the Americans force these Jehadis to

How Pakistani Government Promotes Terrorism and US State Department looks the Other Way!

It is the same pattern isnt it?  The Government and the Indian Prime Minister gets all of a peacenik and just when the Indian PM wears the Peace-Clothes, there is a big terrorist attack in India.  And then despite the newly worn peace-clothes, the Indian PM gets to eat his

The Familiar Pattern of Islamic Violence and Timid Voices Announcing a "Peaceful Islam"!

The script is so similar and repeatable that it is sickening after a while. There are a bunch of people who proud to be Muslims and follow Islamic preachings and feel it is kosher to kill and maim anyone they can. They move around in a clandestine manner using people

It seems the D-company [http://timesofindia.indiatimes.com/articleshow/1678918.cms] of Dubai and Karachi fame is not entirely done. While Indian intelligence and the rest of the world concentrates on Pakistan and Dubai – which Dawood called his home – he has been deftly but surely moving onto newer pastures in 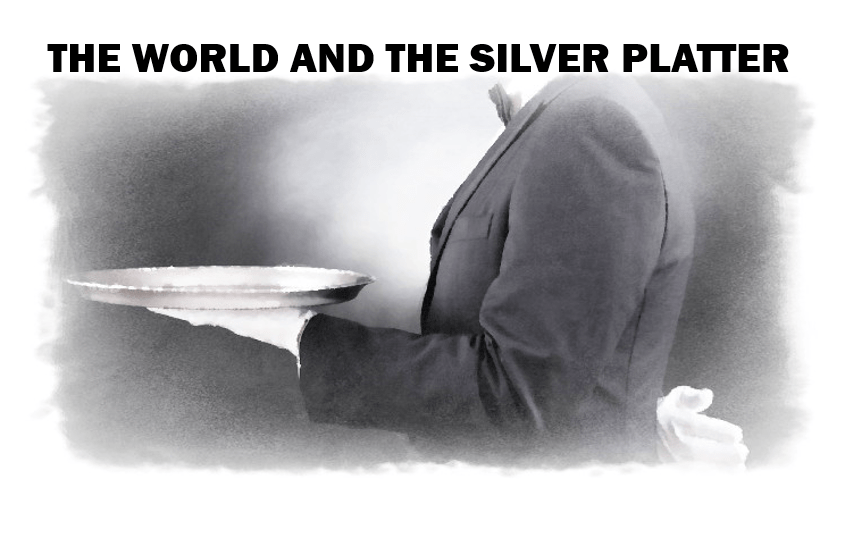 The Silver Platter Theory and the Victim Mentality

I have seen and met a lot of folks from all countries and a lot from India who keep talking about how BAD the other person is! I have been following a discussion going on a topic called “Asian Nationalism [http://www.intentblog.com/archives/2005/11/asian_nationali.html]

This is the “inside story” of what the members of cabinet have come to know about the recent Delhi blasts. Sherlock Holmes says to Dr. Watson in one of the stories: “When you have eliminated the impossible, whatever remains, however impossible, has to be the truth!” Is a turnaround of